Each year the CRA bestows two awards for Riparian Excellence on individuals who have shown truly exemplary effort managing, conserving, restoring, or providing education on Colorado’s riparian areas.  The awardees are recognized at the annual Sustaining Colorado Watersheds Conference, held in Avon.

This year was a special one for the Riparian Excellence awards.  First, because one award was given to a dynamic duo – Jill Lucero and Sue Swift-Miller.  For more than 15 years these two “wetland warriors” have worked tirelessly to build partnerships, raise awareness, advocate for, improve, and protect the jewel known as Blanca Wetlands.  Blanca Wetlands is the centerpiece of the 122,000-acre “area of critical environmental concern” (ACEC) that contains over 200 basins of wetland habitat that support an incredible diversity of shorebirds, amphibians, plants, insects, and fish.  As a testament to the incredible work of these two, the nomination letter was co-signed and underscored with two additional letters of support.  Congratulations again, Jill and Sue. 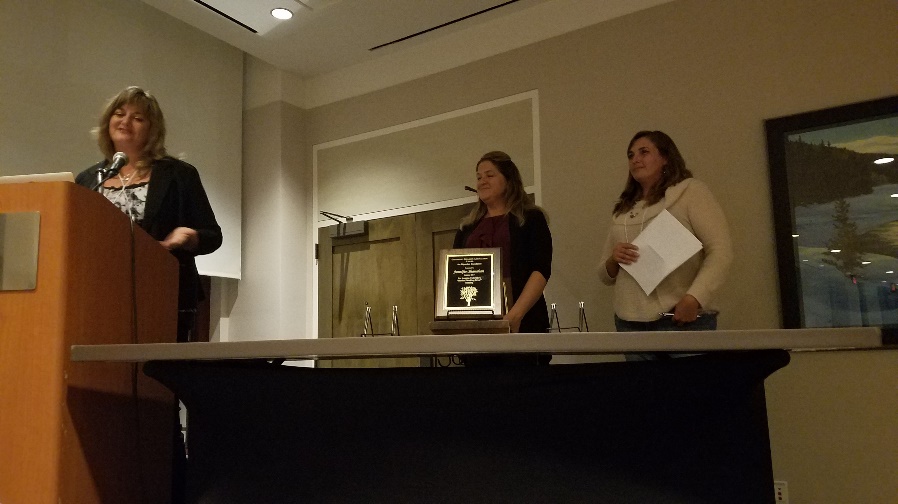 The second reason this year was particularly special for the Riparian Excellence awards is that CRA’s own President, Jennifer Shanahan, was nominated for and received the second award.  Such an honoring of a sitting president is unprecedented in CRA’s long history, but Jen’s long-standing, stalwart, and unconventional efforts toward the protection and management of the Cache la Poudre River was recognized by an undeniably compelling nomination letter co-signed by five highly respected experts, across multiple disciplines, from the CRA membership at large. 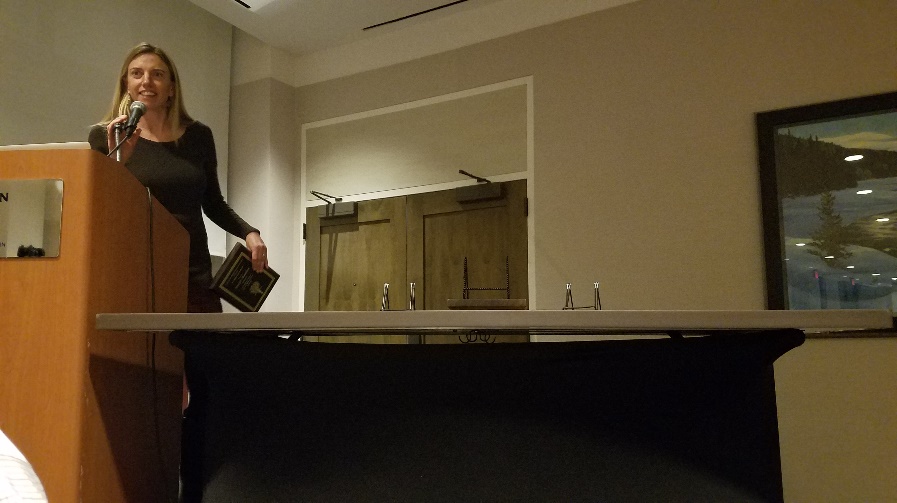 Jen Shanahan at the podium after receiving her award.

The Colorado Riparian Association once again applauds the work of these highly-deserving awardees.  But alas, only two awards can be presented, and this fact should not be taken to diminish the highly deserving work of nominees who were not honored this year – as well as everyone who works to keep Colorado’s streams and riparian areas safe and healthy.  Thank you.

If you know of someone who you think has had an outstanding positive impact on Colorado’s streams and riparian areas, you are ENCOURAGED to nominate them for next year’s awards.  Requests for nominations will be sent out in the summer of 2018!